Aspen Healthcare, Claremont Hospital’s parent company, has been ranked as one of Europe’s most inclusive companies by the Financial Times in its second annual Diversity Leaders survey.

Aspen came top of the health industry across Europe and in 37th place overall following an independent survey of more than 100,000 employees from 15,000 companies in 16 countries.

The survey, conducted by Statista, assessed employees’ perception of companies’ inclusiveness or efforts to promote various aspects of diversity. These include gender balance, openness to all forms of sexual orientation, race and ethnicity, disability and age.

The views of typically under-represented groups including women, workers over the age of 40, and people from ethnic minority backgrounds were given more weight in the survey.

“We’re absolutely delighted to top the health industry ranking in the Financial Times Diversity Leaders survey, and be ranked as one of Europe’s most inclusive employers. Every recognition we receive is an honour but it’s particularly significant when we receive a recognition based on the opinion of our employees and peers.

“This accolade underlines Aspen’s commitment to building a diverse and inclusive workplace. Providing a work environment that attracts, develops and retains the success of every individual remains a top priority for our business and we’ll be sure to build on the success of these rankings.”

A snapshot of the health rankings can be found below, with Aspen topping the table ahead of companies from across Europe: 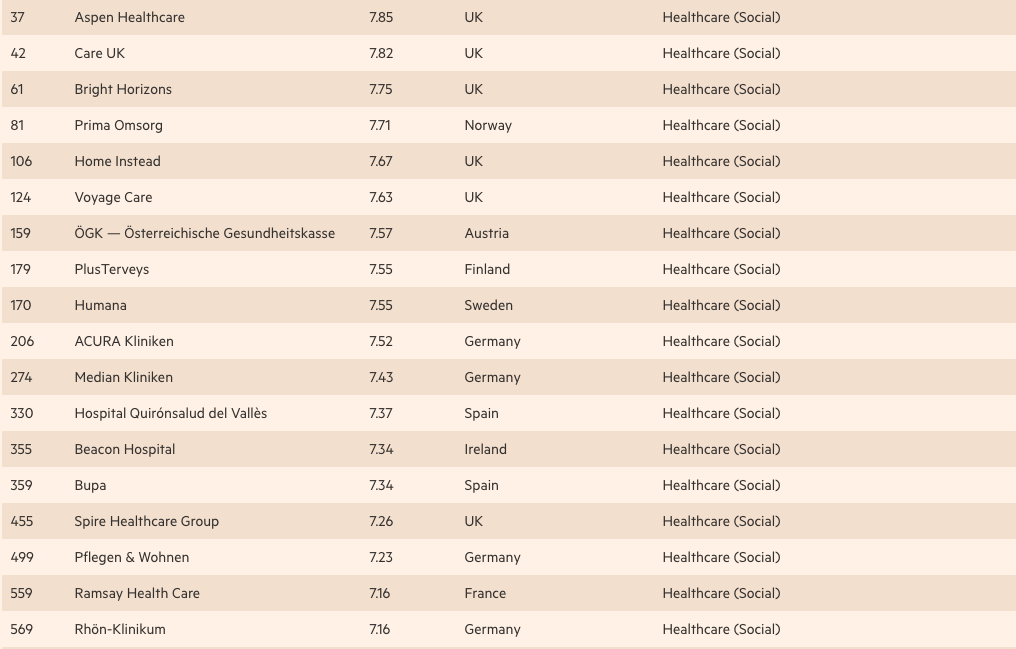 The full survey results and more information about the FT’s rankings can be found here.

Any cookies that may not be particularly necessary for the website to function and is used specifically to collect user personal data via analytics, ads, other embedded contents are termed as non-necessary cookies. It is mandatory to procure user consent prior to running these cookies on your website.